For us this brand is made
with amore + design

It began in Los Angeles, 1985 . . . Meredithe (who's childhood nickname was Meri Meri) sitting at her kitchen table; some scissors and pens, a BIG pot of glitter. Our first cards were made that way. How it is now . . . We don't design on kitchen tables anymore. We now work in studios in a 400 year old building, overlooking an ancient churchyard in a little town called Cheltenham, 1 hour west of London, England. But we still have our scissors and our pens and all the glitter . . These days Meredithe heads a studio of twenty designers and artworkers and Meri Meri products are sold all over the world 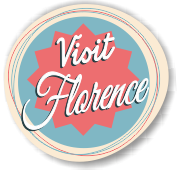